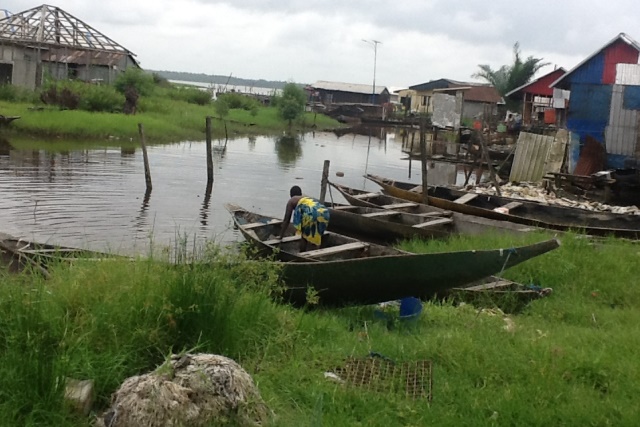 “Our responsibility is that when there are conflicts in rural communities and human beings are compromised or displaced, we move in with food and medications to deal with the post traumatic stress disorders mostly through our counseling because these people are traumatized as a result of their situation.”  – Dr Chris Ekiyor, Founder RAHI Medical Outreach

For the fear of being victims in the conflict during the military invasion of some communities in Gbaramatu kingdom in Delta State due to the activities of militants, women, children and the elderly left their communities and on their return could not assess food and water for their daily living.

In a bid to alleviate the suffering of these people especially women, children and vulnerable groups having been in the creeks for a number of days, RAHI Medical Outreach partnered with Niger Delta Development commission (NDDC) to bring food and healthcare to their doorstep courtesy of the food and drugs emergency relief programme.

Antibiotics, Antimalarials, worm expellants, multivitamins for the deficiencies in feeding and other medical consumables as well qualitative treatment regimen were provided for the people in the communities. Health talks and counseling on healthy living were also given by the RAHI medical team. Special cases from the medical mission that needed second level of care were documented for onward transmission to the standard healthcare facility.

Food consumables such as Garri, Rice, beans, Tin Tomatoes, Palm oil, Groundnut oil and other items such as Plastic buckets, Blankets, insecticides, liquid soaps, Insecticide treated Nets and so on were also part of the packages for the emergency relief programme.

The people in turn were appreciative of both partnering bodies for coming to their aid with an impressive turnout of residents in the communities at that time, although a reflection of the phobia that trailed the military invasion of the community.

By bringing food and medications to the doorstep of the people, RAHI/NDDC has contributed in rehabilitating and reshaping the mental psyche of the people to face the challenges of life. The emergency relief programme is expected to continue in other conflict areas and communities across the Niger Delta region.

RAHI Medical Outreach has over the years championed the cause of the downtrodden and displaced persons in rural communities with medical interventions that has stood the test of time.